What characters are sent to Arduino via the serial port from Monitor? 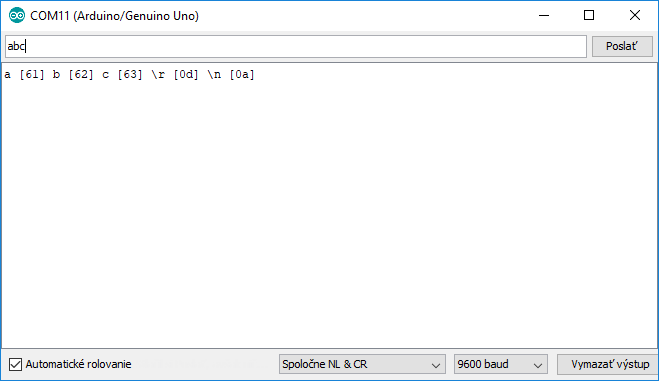 In the Serial Port Monitor, try different line breaks and watch output from the program.