Simple development board for ATmega328P v. 2

I updated the schematic to a simple development board for Arduino. I moved the location of the connectors on the diagram and added the pin marking according to Arduino nomenclature. Now you can better find out which pin of the Arduino is actually which pin on the ATmega328P microcontroller. The development board is soldered on a stripboard. 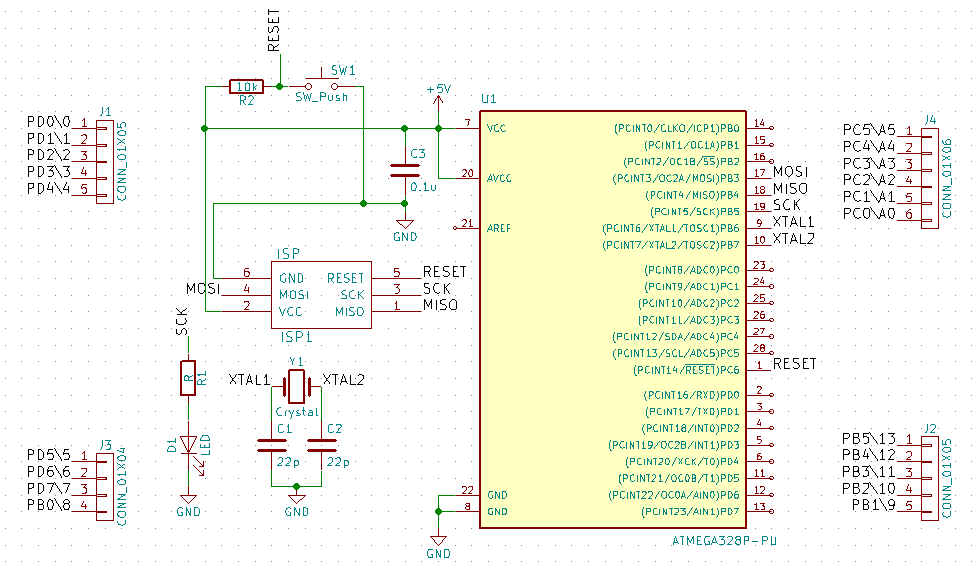 The stripboard is characterized by having horizontal copper paths that are suitable for mounting microcontrollers. Then you don't have to solder many connecting wires, which are replaced by copper paths. But you have to break paths in some places. An iron drill of a suitable size is used for this. The only problem is with the ISP connector, where you have to break the paths with a sharp knife directly between the pins. 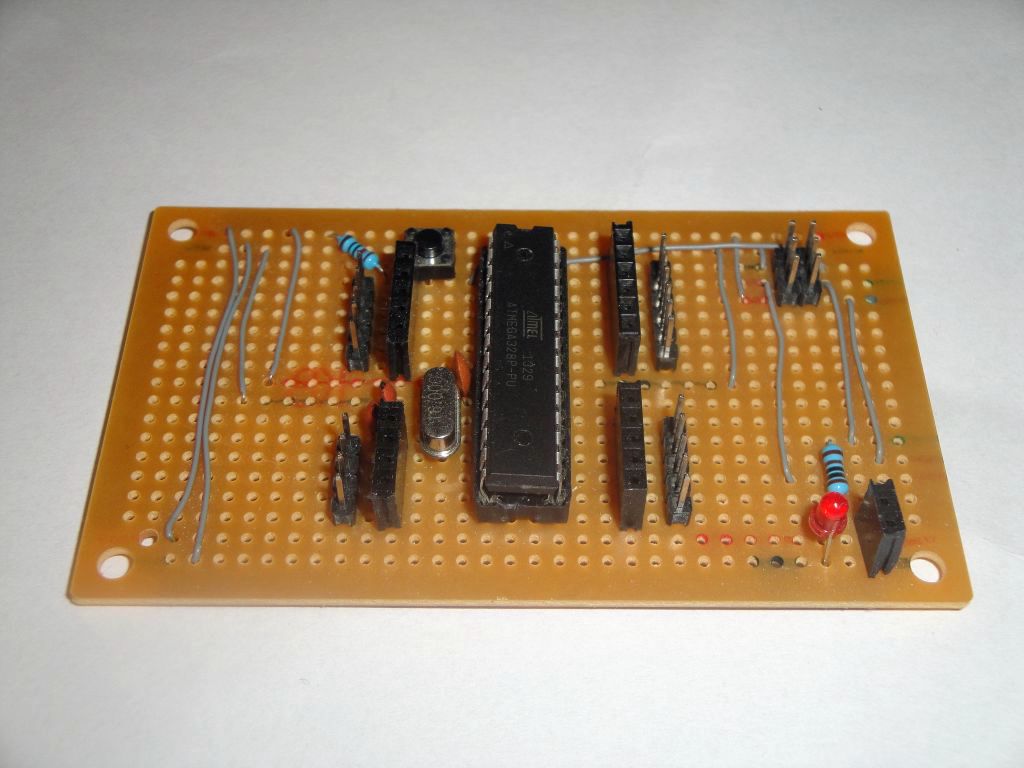 I found this board during the reconstruction of the apartment and now it will be useful to me. I would like to do some experiments on it, which will serve as a basis for boards, in which I would like to spend excess stocks of DIP microcontrollers ATmega328P. 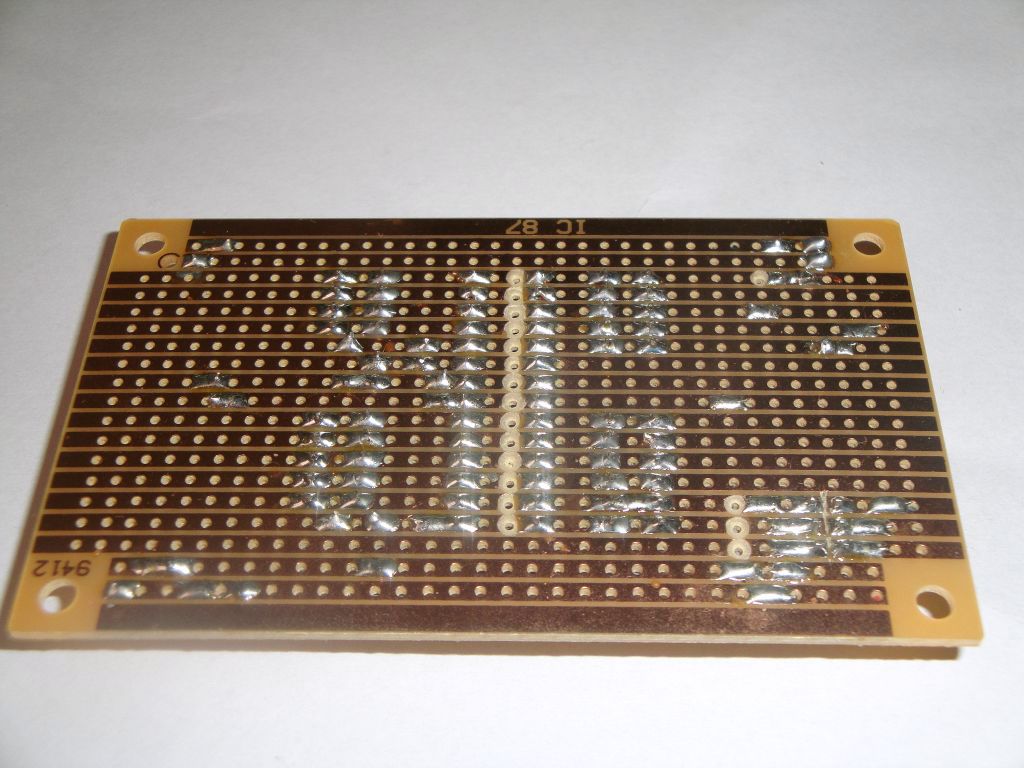