I got a plush dog. The fate of a stuffed animal awaited him, which would end up in a trash can. In this article, we will try to breathe new life into him with the help of Arduino. Or to be more precise, in this article we will just write an algorithm of diabolical blinking of the eyes and only in the next article will we replace them. 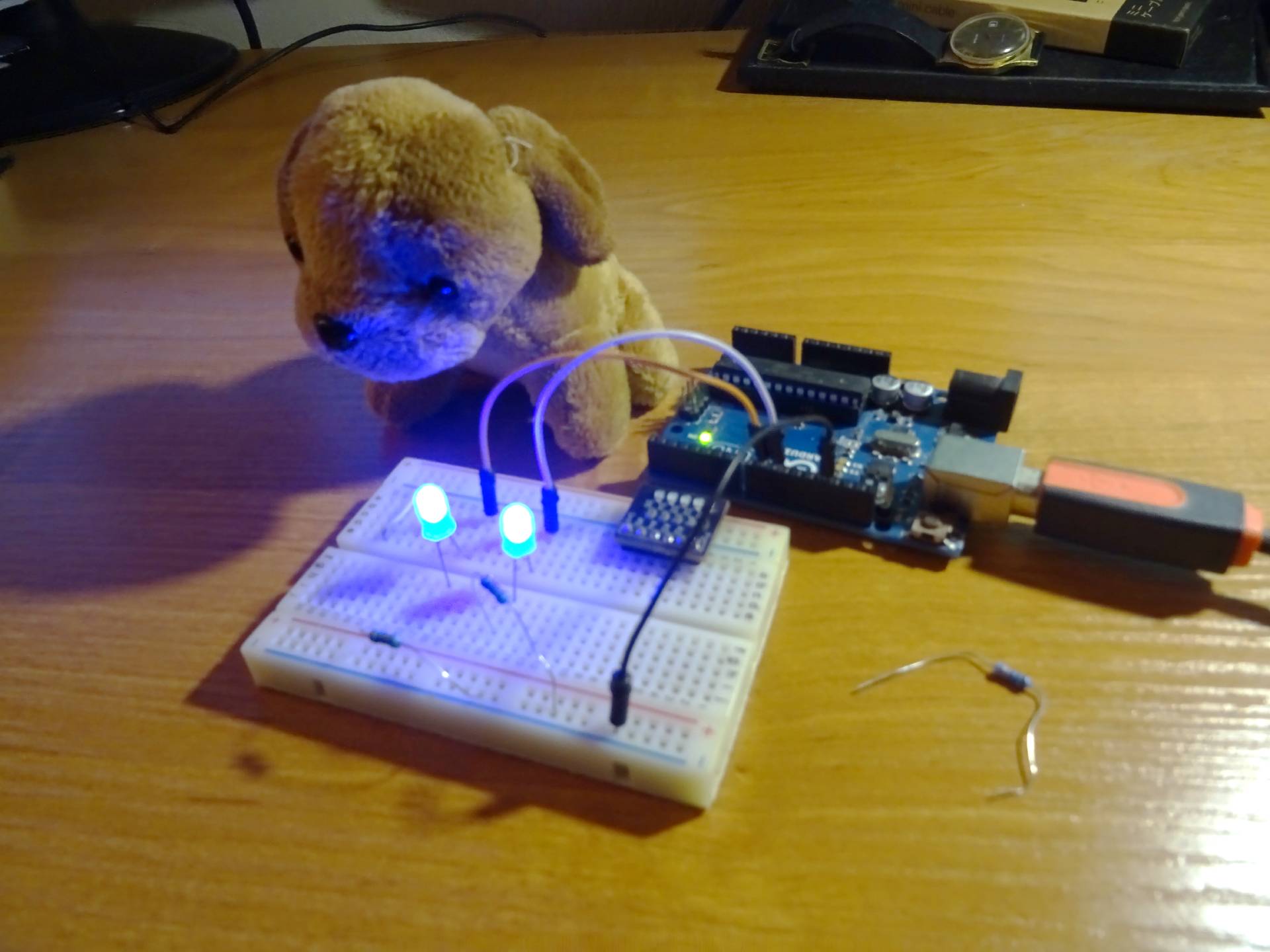 Every person knows the devilish flicker of The Hound of the Baskerville. Imagine huge blinking eyes appearing in the dark. They light up or go out at regular intervals. Because we have PWM available, we can improve the effect by gradually turning the LEDs on and off. And now let's try to add a little realism to flickering. If the eyes do not blink completely synchronously, it will seem more believable. Like a living animal that closes one eye a little earlier. 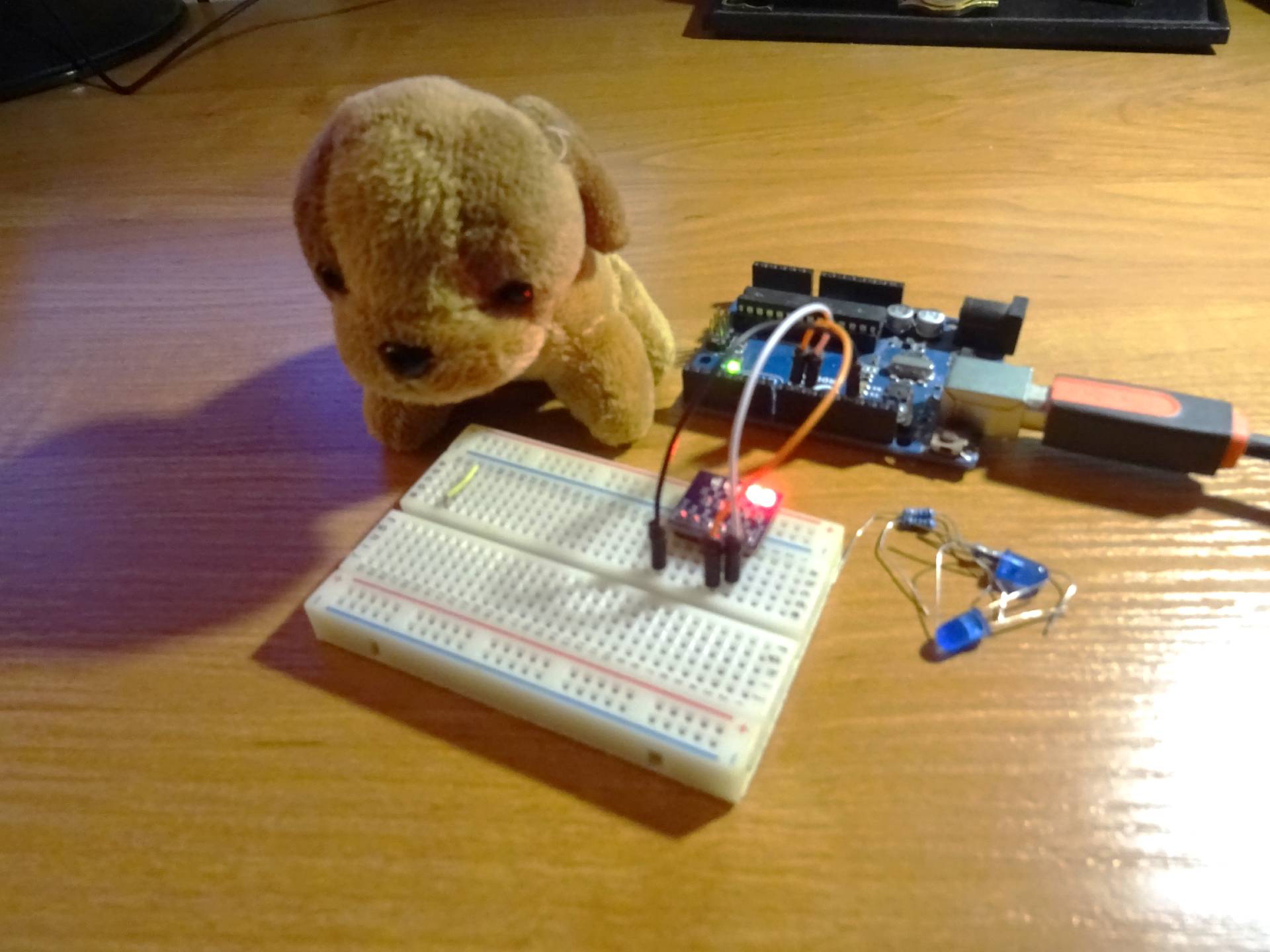 The basis of the program is Timer2. It is set to a frequency of 200 Hz. I used the AVR Timer CTC Interrupts Calculator to create the program. The interrupt handler sets the PWM on two LEDs. I used a frequency divider in the program, but if it was set to a higher number, the flicker was too slow, so I finally set the value to one.

The source code of the program is located on the GitHub server.