In this blog you will find a slight improvement of the dimmer design. In the first version I made some minor bugs that I've fixed here. If you want to build your own dimmer, go out of this construction. 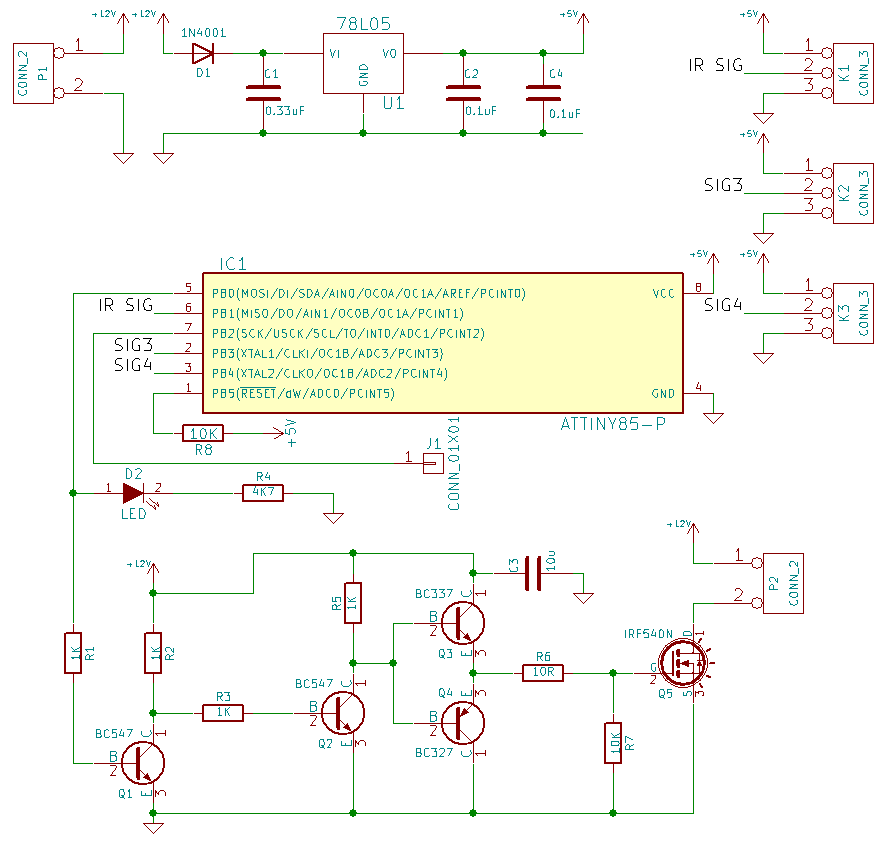 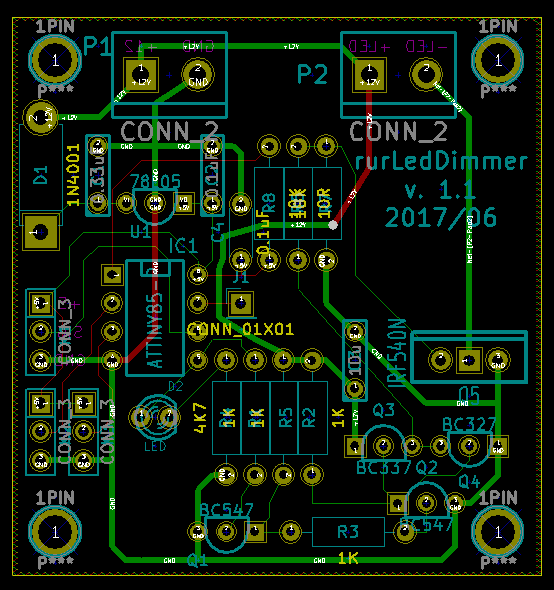 3D view of the board in KiCad. 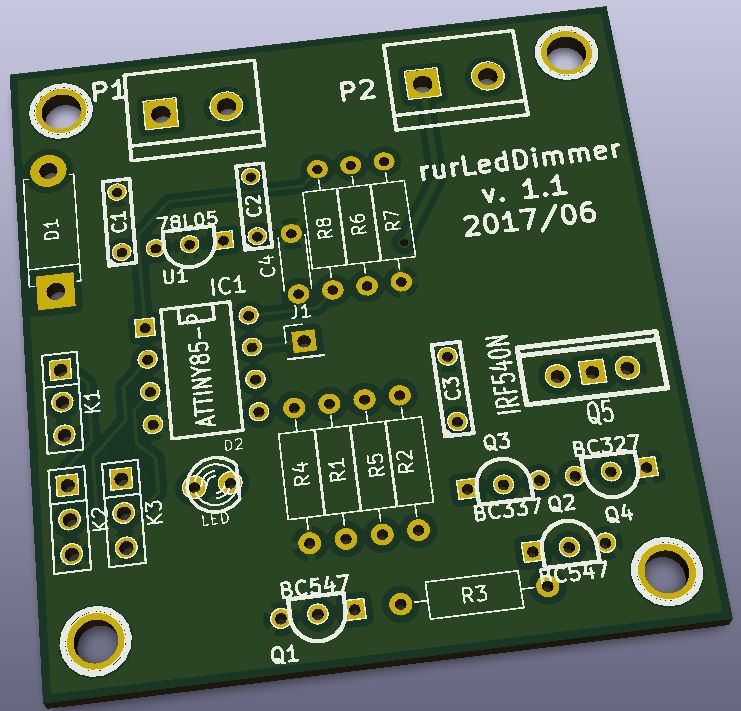 Production of the board

I do not have the board yet, but I do not expect any errors in it because I just edited the original board. So far, I'm going to have the production files on OSH Park. There, for 3 boards, you pay approximately $ 18.

You can find files for KiCad on the server. In the GBR directory you will find ZIP files that you can send to production. For example, DIRTYPCBs shows an approximate price of $ 14 per 10 boards.