For beginners: How I was a beginner

My beginnings with Arduino were full of funny moments. Before I bought my first Arduino, I wanted to see if I could create some electronics. So I randomly bought the cheapest electronic kit. It was a breadboard with several parts and instructions. I found the store page on the Internet and coincidentally we were with my wife for a walk in Zvolen in a few days. It only took a moment and I was already in the store. The salesman nailed my purchase with the remark that "the boy will definitely like it". I nodded in silent amazement and left the store.

A few hours later, I was sitting over the kit, looking forward to the first LED. It's nothing secret, it was an EDU01 Solderless Educative Starterkit from Velleman. In the first evening I put together about 5 electronic circuits and the next day I finished with the last circuit - a triple multivibrator. I was thrilled from the first moment, and even though I didn't quite understand anything, according to the pictures in the manual, which marked the exact position of each component, I assembled each electrical circuit without any problems. 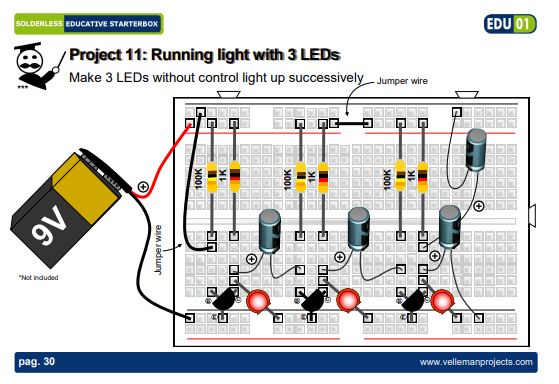 Before, I didn't deal with electronics at all, the last time I met it was in high school physics, where it was mentioned only marginally, and several decades have passed since then. But it was a huge motivation for me that I suddenly put together something that worked. The components that I have seen until then on accidentally detected printed circuit boards suddenly ceased to be just some components and became concrete components. I didn't really know what they were good at, but I already recognized them.

This little kit was enough for me to get a complete basics of electronics. Then I bought an Arduino without any worries, because programming in C++ was no problem for me. Programming is one thing, flashing LEDs is another, and problems don't appear until the third thing. When you want to get somewhere further from the flashing LED. You won't have to start studying electronics. You have to study the parameters of components and try to understand what they are used for. In time, you will understand how the individual components work and what is the role of the electricity that is controlled by the components. All this takes time. You will study it for several months because you have to learn a lot of information. It will seem obvious to you later, but you don't understand much of the context at the outset, and even if you come across this information, you won't know it's important and you'll ignore it at first. 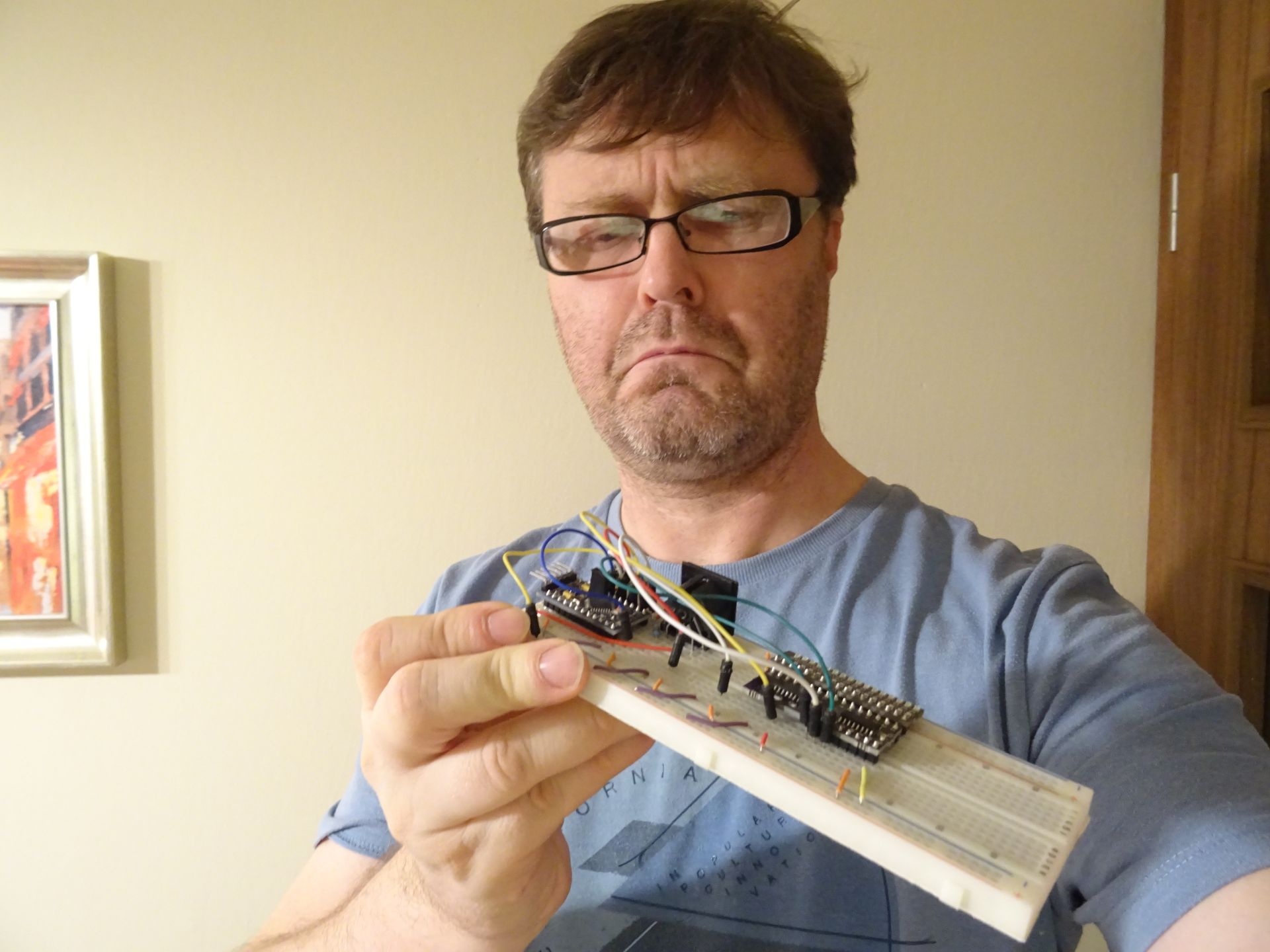 At this stage, it's probably best to use a book to learn how to use the components (independent of the Arduino) while studying the Arduino itself and playing with the modules you bought for the Arduino. It is important to study both, because in the world of Arduino you will encounter a huge number of modules, but their practical connection is not always easy. This way you will achieve a balanced relationship between fun and you will also learn something. Because Arduino provides many opportunities to have fun in an easy way. The development environment is simple, and libraries are written on almost everything, relieving you of a detailed study of the details of the various protocols that communicate with the components. There aren't that many basic protocols, but you can also buy a lot of parts from China for Arduino, and there the authors of the parts have come up with some special improvements many times, which will not be repeated with any other part.

I started working with Arduino at a time when the whole system was not yet perfect. In particular, the system for finding a suitable library for a component was not part of the Arduino IDE. You had to search the Internet, and you often came across only a partially working solution that you had to modify to use the component. I believe that if you don't master C++ perfectly, it could be quite frustrating for a beginner. Today it is different and you will find a suitable solution directly in the IDE. All libraries are on the GitHub website, where you can read the documentation, and if the library has a problem, you will find it described there. Library authors have good feedback, so they are able to respond quickly and release corrected versions.

The world of Arduino is no longer the Wild West, but has moved to better sophistication and reliability. But even so, you can't avoid something not working for you. And when you encounter such a problem, it will be seen whether it makes sense for you to continue. If, despite the failure, you overcome the problem after a few days, you will definitely move on, you will learn new information that you will use in the next project. And you will throw yourself at new electrical circuits again and again and you will try something new. Or you will just worry about the problem, you may try to help on some forum, but you will quickly understand that Arduino is not for you.