Programming ATtiny84 with Arduino as ISP

Based on an my earlier article on the use of Arduino as an ISP programmer. We will program the microcontroller ATtiny84 with it. It is a 14-pin microcontroller that is very similar to ATtiny85. I have decided to use this microcontroller as well, because it offers multiple outputs. I will use it in the SMD version, but of course there is nothing to prevent it from using either the DIP version.

When buying ATtiny84, the popular Chinese e-shops fail. Shopping in Slovakia at TME is the best. Direct from the US from Mouser, but only if you have an order for $ 100 because you will pay $ 30 for shipping under this amount (in other countries, the company's pricing policy may be different). In extreme urgency, Farnell will also help.

Use wiring according to the diagram. 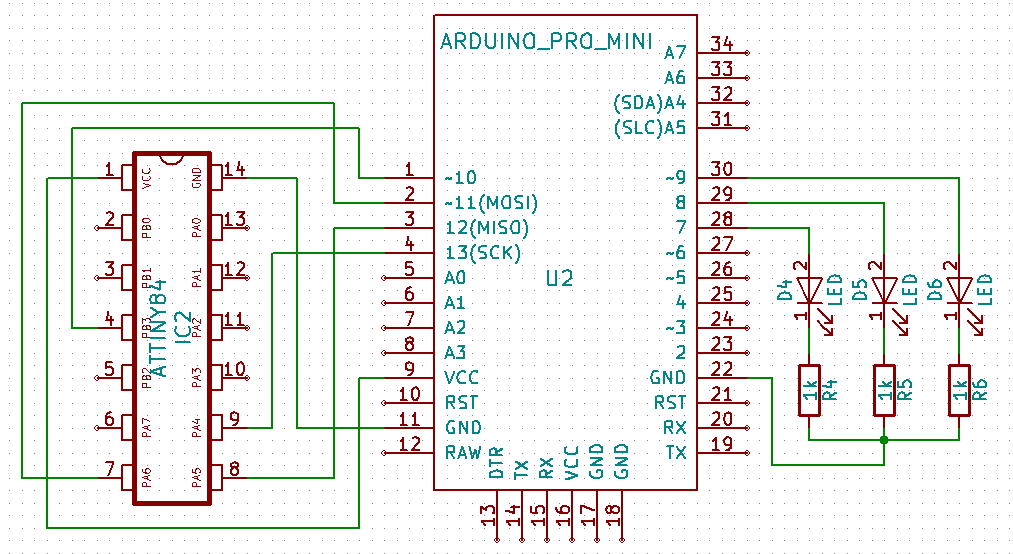 The breadboarde looks like this after joining. There is also an LED diode on PA0 pine, which is pin 10 in Arduino IDE. 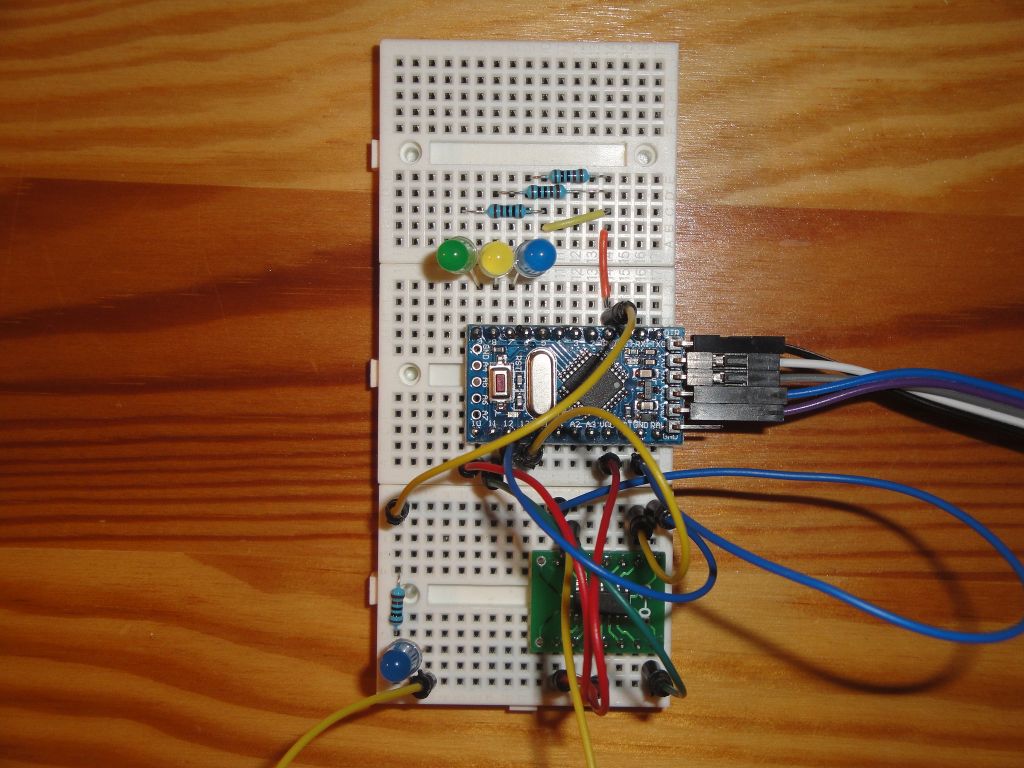 Repetition is the mother of wisdom. In the previous article, I wrote about programming through the classic Arduino, and so I attach a diagram for this microcontroller through Arduino Pro Mini. Use wiring according to the diagram. 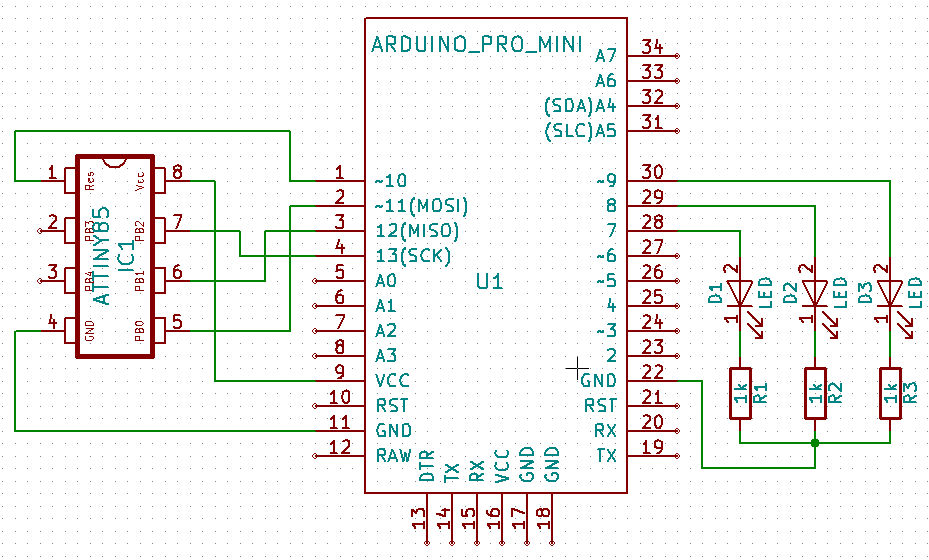 The breadboarde looks like this after joining. There is also an LED diode on pine PB0, which is pin 0 in Arduino IDE. 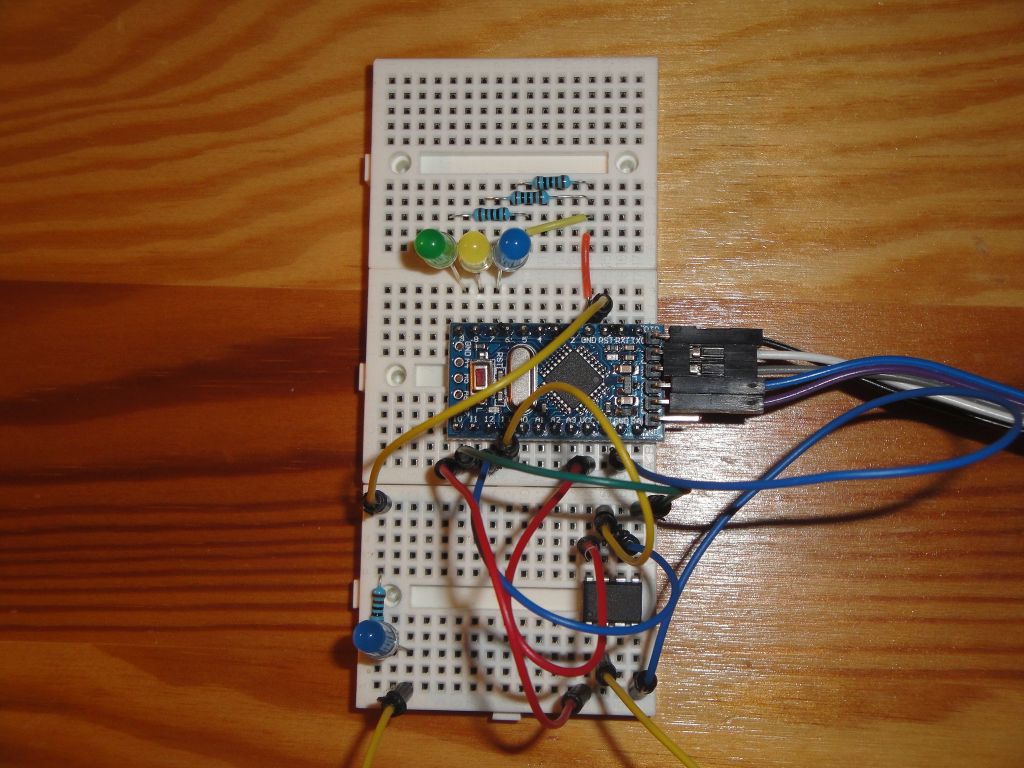 As for the article about Arduino, there is not used a capacitor to block the Arduino reset. That's how my programming worked flawlessly. It is possible that the capacitor was used only in older Arduinos and now it is better internally connected.

Into Arduino Pro Mini, download the ArduinoISP program (sketch). You can find it in the File/Examples/11.ArduinoISP/ArduinoISP menu. You also need to install the ATTinyCore kernel. Set ATtiny84 according to the following picture. By default, the microcontroller is at 1 MHz. 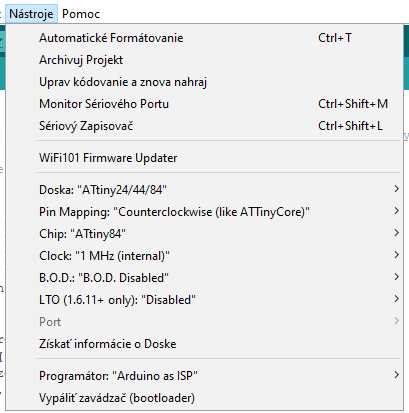 And you can upload a program (sketch). If you need to switch to 8 Mhz, you can burn the fuses through the Burn Bootloader. Then upload the program again. Start experiments with the classic Blink program and then, when you verify the functionality, go into your own programs.