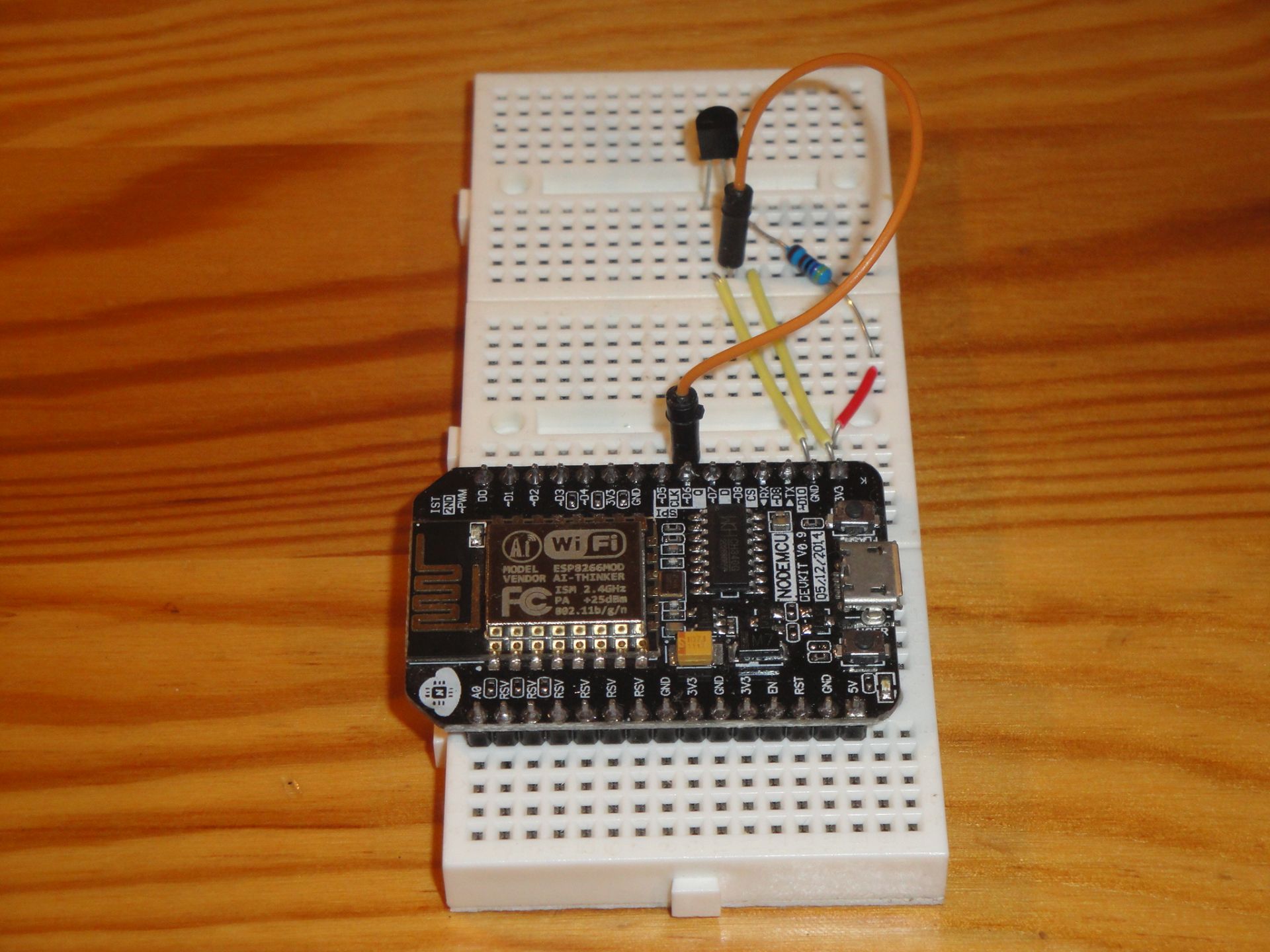 Back to the past

These articles provide information that may be useful to you. In the articles I described Node-RED, ESP8266 and temperature measurement using DS18B20 sensor.

We will need the following parts:

The components are wired according to this diagram. A pull-up resistor must be connected to pin D6. The temperature sensor is normally connected to GND and 3.3V. If you have original temperature sensors, you can also connect it to a parasitic power supply. You can use any number of sensors. Both ESP8266 and Node-RED are ready to do so. 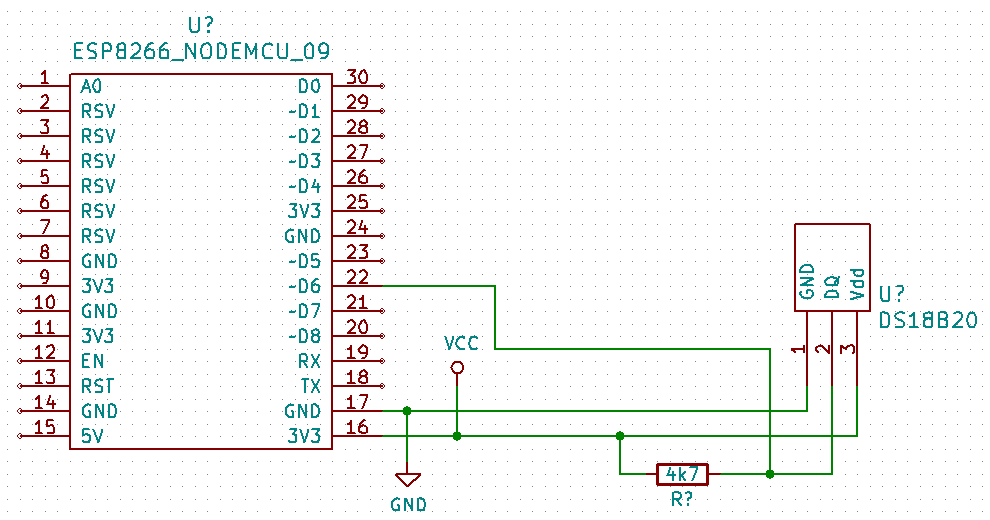 Node-RED is a flow-oriented environment in which you create data flows between nodes. Such an environment is suitable for processing temperature data. Temperature is measured at one or more locations and must be processed somewhere. Node-RED provides the ideal environment for this because you can easily determine where the data is coming from and where to send it. You do all this in a graphical environment, where you add nodes to your desktop that you connect using link lines. Lines represent the actual flow of data from one node to another.

Node-RED can be found on the Internet at https://nodered.org/. There is a description on how to install the development environment on the page, but some details do not emphasize enough. The important thing is that you must have administrator privileges. You can get them on Linux by using the sudo command and on Windows by running the console in administrator mode. For installation details, see the article describing the installation process. 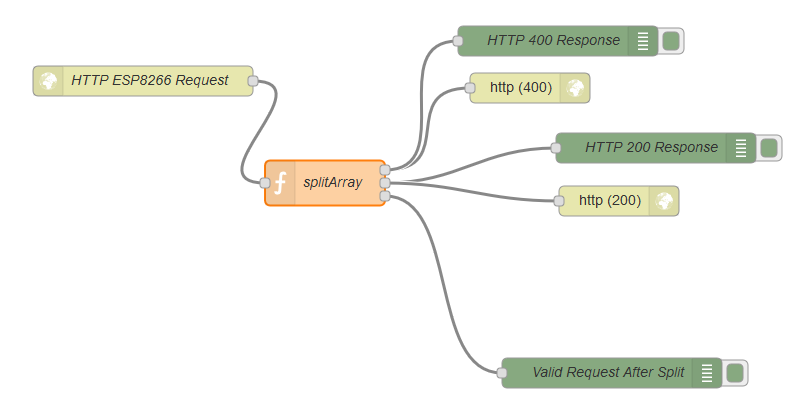 In the article on debugging an HTTP endpoint, I described how to debug an entry point in a flow called HTTP ESP8266 Request. I have described the format of the input data and what is done with the data. The basic idea is that the ESP8266 measures temperature using any number of DS18B20 sensors. Each single measurement can therefore have 0-N values. Therefore, the input data has the format of an array of objects with two parameters.

In the article I described how these data are validated and transformed from the array of data to the flow of individual data. This task is made in the node splitArray. It has one entry point and three exit points. The input is an array of measured temperatures and the output can be three different points. The node validates the input and decides whether to accept or reject the measured temperatures accordingly.

This is how the source code of the splitArray node looks in javascript. The individual commands used are adapted to the flow provided by Node-RED. This means that some variable names are fixed. For example, this is the variable msg that Node-RED uses as the input variable to your function. The first command verifies that the msg.payload is an array. If it is not, the first error response is sent. Since the answer can be directed to one of the three outputs, we must write it as an array of responses. In this case, the response is sent to the first output, so the message format is in the form of [msg, null, null].

Then we can check the individual elements of the array. We do this by verifying the existence of the required parameters and by using a regular expression to verify that the content of the id parameter is 16 characters long and represents the ID of the DS18B20 temperature sensor. If everything is OK, we create a new message and route it to output # 3.

At the moment, the response to ESP8266, which is still waiting for it, has not yet been sent. This is sent after all the array elements have been processed, and in response, the number of processed records is sent using output 2. At that time, ESP8266 has the option to process the response from the server.

Now the program source code for ESP8266 follows. To make this program not just a simple variation to measure temperature, I have programmed several demonstrations of different techniques that may be useful to you.

The file config.json must be uploaded to SPIFFS using the menu command Tools/ESP8266 Sketch Data Upload.