ATtiny85 development board on a breadboard

I recently introduced a SMD development board for the ATtiny85 microcontroller on these pages. In today's article I would like to show it in action. This development board has been incorporated into my other boards that I use on breadboard. I made them so that I do not need to constantly insert a large number of wire leads into the breadboard. Their quantity is reduced to a minimum. It is also visible on the illustrative photo. 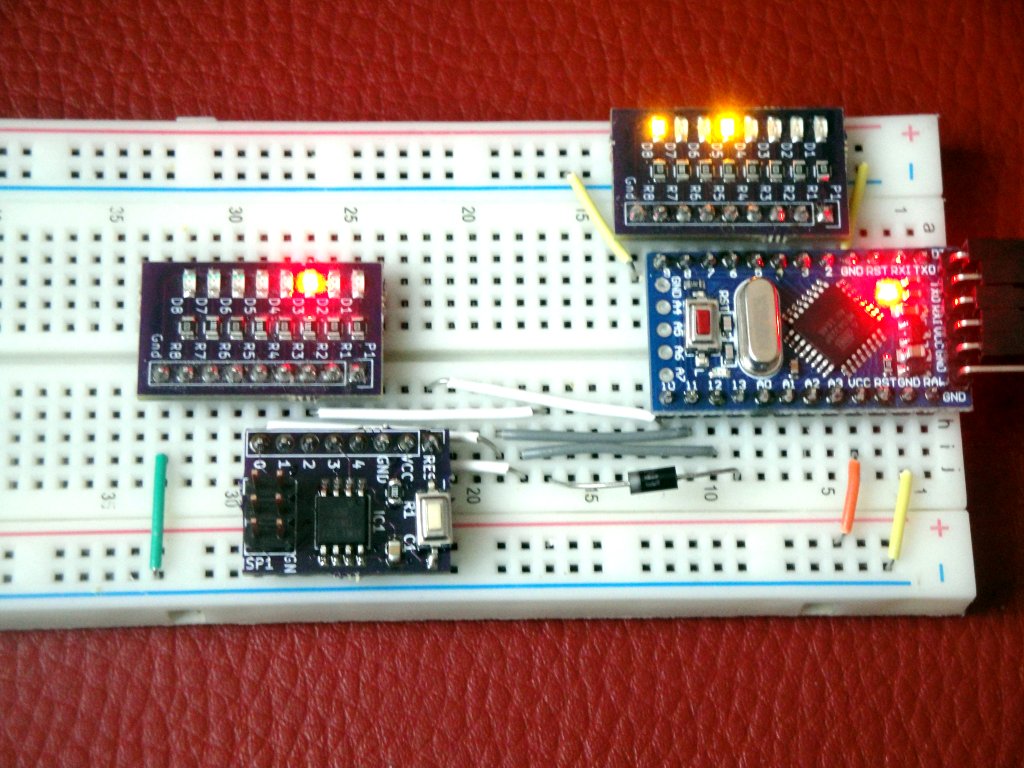 In this article, we will show the photos of the development board that is programmed using the Arduino. I have the following boards on breadboard:

A simple program is appropriate to test the connection. In this case it is a program that will gradually turn on the LEDs on the pins 0-4.